What is Pride and why is it celebrated? June is the month which is dedicated to celebrating the LGBTQ+ communities all around the world. June is the chosen month to celebrate Pride, as it was the month of the Stonewall Inn riots which took place at the Greenwich Village in New York City in late June 1969. The weekend of rioting is acknowledged as the birthplace of the modern gay liberation movement. It was the first-time gay and queer communities fought back against regular police raids in the city’s gay bars and clubs.

The pioneering activists of the Stonewall Inn riots include Marsha P Johnson, a black drag queen and Sylvia Rivera, a Latino transgender woman. The protests changed gay rights for a lot of people in America and around the world. A month after the riots was the first official gay march, which took place in New York.

Today, Pride month is all about people coming together in love and friendship, to show how far gay rights have come, even if in some places there is still some work to be done. Its about teaching tolerance, offering an education in Pride history, and continuing to move forward in equality. It also calls for people to remember how damaging homophobia was and still can be.

There are usually colourful parades, concerts and marches that take place to celebrate Pride month, thousands of people join to celebrate the event in London every year, however due to the Covid-19 restrictions a lot of events are being held via Zoom, tik-tok and other social media platforms.

So, Happy Pride Month to you all, I hope it's been a good one and remember to be proud of who you are, no matter who you love! 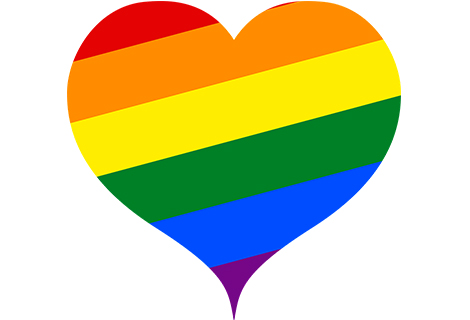 In his blog from last year Leon, who we support in London, shares his experiences growing up as a black male living with autism, and what attending London Pride meant for him.