Living without knowledge of autism 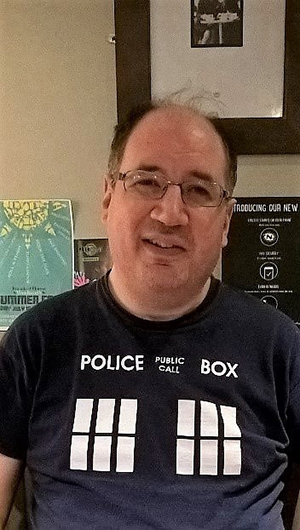 Hello readers, I’ve been invited by Brandon Trust (the organisation that Julia, my brilliant support worker, works for) to write a special blog to go on the Brandon site. So here goes…

I thought I’d share some of my experiences of growing up without the knowledge of having autism. One of my earliest childhood memories is of walking around the school playground singing to myself. I was aware at the time that I seemed to be the only pupil doing this, but I still kept on, blissfully unconcerned by what other people thought of this behaviour. I also remember while I was at primary school that I got easily upset if there was a lot of noise in the classroom, to the point where I would cover my ears with my hands in case the teacher thought that I was in some way responsible for the noise. At the time of writing it makes a lot more sense that covering my ears was an understandable reaction to loud noises (to this day I’m never comfortable in a nightclub or noisy bar because of this sensitivity).

I used to make up my own songs for my own amusement; I remember distinctly writing one called Now That You’ve Left Me, and composing several verses for it. Sadly, all I can recall of it now is a couple of lines that went as follows; ‘You thought you could find a better guy than you could ever find in me’. Perhaps mercifully, as far as I’m aware, no recording exists of this first foray into song writing.

Although I was pretty popular and made friends at both primary and secondary school, I was still very much a loner, finding it difficult – particularly at secondary school – to feel part of a group of friends. (Indeed, it wasn’t until 1999, when I was in my mid-twenties and doing courses at Morley College that I finally felt part of a group.) While most of my peers had extra-curricular interests, I was perfectly happy to be sat at home in front of the telly – my interest in television has continued into middle-age (I’m a lifelong Doctor Who fan and have a passion for classic TV shows such as The Fugitive & Mission: Impossible). My love of watching TV meant that at school, while my contemporaries were relaxing and chatting to each other, I was frequently to be found in the Library, frantically finishing homework that everyone else had done the night before. Although this had no negative effect on my marks – indeed I seemed to thrive under pressure – it did leave less time for socialising with my peers.

I should say at this point that even when I had the opportunity to make friends, I found this far from easy. I believe that the fact that I had dyspraxia (which like the autism, I was completely unaware of at the time) had quite a large part to play in this. For instance, I could frequently be found in the Sixth form Common Room, sitting with my arms folded – giving off the impression that I didn’t want to be approached (whereas nothing could be further from the truth). And I think these two conditions also got in the way when it came to getting to know girls. For example, the first girl I ever fancied while at school was called Diana – but despite my interest in her, the one and only time she tried to give me a kiss on the cheek, I reacted quite instinctively by putting my hand up in the way. I never knew at the time why I did this – although with the benefit of hindsight it makes perfect sense to me now. I’ve also been quite bashful all my life when it comes to the opposite sex (I’m still a bachelor). When I’ve fallen for someone it’s generally been in a big way. For instance, after I got over the initial disappointment of Diana not feeling the same way about me, I became completely obsessed with a friend of hers called Emily – to the point where I became absolutely convinced that she felt the same about me. It came as a great shock to me the day I discovered that she didn’t. Both experiences relatively early on in my life have – understandably - left me with a lifelong fear of rejection.

My closest friend for the last year or so I was at secondary school was a very nice guy called Ben. We quickly became close friends and spent a lot of time together. In our last year at school I became depressed and increasingly dependent on him for emotional support. Although we remained in touch for a few years after we left, I lent on him so much that things got too much for him and he broke off all contact with me. I remember that phone call as being especially traumatic, I think for both of us as he had to listen to me in fits of tears. I don’t mind telling you I was devastated by this setback and it took me nearly four years to recover from it.

To bring matters closer to the present day, I’m fortunate enough to have several close friends. I have also been a valued volunteer, both at my old primary school and in a busy charity shop for over 10 years. In 2009 I was lucky enough to be a contestant on Countdown where I won 5 shows, and earlier this year I applied to go on the Channel 4 series ‘The Undateables’. Unfortunately, I was unsuccessful, but I remain quite determined not to lose hope that love is just around the corner. Following the advice of my very good friend Ann Louise (who I met while we were both at Morley College) I’ve been going outside of my comfort zone on quite a regular basis. For instance, I’m a frequent quizzer, and recently I attended a ‘Hugs and eye contact workshop’ where I found myself hugging complete strangers!! (More on that is in my last post on my blog ‘The Countdown King’.)

I finally got a diagnosis of autism (specifically Asperger’s Syndrome) in October 2016 and this knowledge, despite coming late in life, has helped me to reconcile with any disappointments I’ve had or mistakes I’ve made whilst I was growing up. It’s also brought me to a greater understanding – and acceptance – of who I am and what makes me tick.

I hope that you’ve found this emotional journey back in time interesting and perhaps even enlightening.

I remain your loyal author and friend,
Paul Varlaam

Read more from Paul on his own blog The Countdown King, where you can find out more about his life and how he is learning to understand himself since his diagnosis.

To find out more about getting diagnosed as an adult, there's a wealth of information on the National Autistic Society's website.