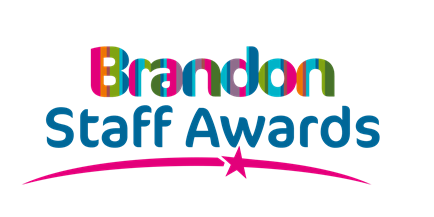 This year, to recognise and celebrate the excellence of teams and individuals across Brandon, we are launching our very own staff awards. These awards have been made possible thanks to a fund for Brandon staff set up by our first chief executive, Steve Bennett, who sadly passed away in 2004.

Everyone who works at Brandon could be nominated, including operational staff, supported employees, social enterprise staff, office support services, and bank workers.

More than 400 teams and individuals were recognised by their colleagues, people we support, and family members, for the difference they make to people’s lives.

Each area across Brandon held a judging day where they shortlisted their finalists based on criteria aligning with the five Brandon values:

Considering the number of nominations we received, it was not an easy task! The judges took their job very seriously and the finalists were revealed just before Christmas.

The judging panel, including people we support, will meet on 23 January to decide the overall winners. They will be announced at the grand finale at the Mercure Bristol Grand Hotel, on 23 February.

The five award winners will receive a beautiful, handcrafted plate made by people we support at our social enterprise, Banwell Pottery. We’ll be celebrating with a gala dinner and continue late into the evening with a DJ party.

So, who are our fantastic finalists?

We’d like to congratulate all the nominated teams and individuals. The quality of submissions was outstanding, and the judges had a difficult task choosing their area finalists.

We wish everyone the best of luck and hope you have a great time celebrating with your colleagues and friends.

We’ll be posting updates about the Brandon Awards on our social media over the coming weeks, and announcing the overall winners soon after the grand finale.